The Bachelor reclaims rose from Gruen 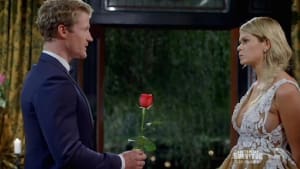 Ten’s The Bachelor has reclaimed the rose from Gruen, overtaking the ABC show in last night’s entertainment ratings, according to preliminary overnight OzTam figures.

The Olympics is still holding its top position in the category, but has seen a decline in viewership, with 845,000 people tuning in for the last week of the global event.

In last night’s episode of Gruen, which starts at 830pm, 829,000 people tuned into see what ironic T-shirt Leo Burnett chairman Todd Sampson would be wearing this week, and he didn’t disappoint sporting this ensemble:

In The Pitch, two agencies went head-to-head to take home the trophy for the best campaign to convince people that bronze medals are better than gold.

Here is the first ad from agency Group Hug:

There is the second ad from Mr Mumbles:

On The Bachelor, Megan’s shock exit during the rose ceremony saw a strong audience of 838,000 tune in and sent Twitter into a spin, with ex-contestant Sam Frost tweeting she has “mad respect” for her.

The last brunette, Georgia, was booted off the show and everyone’s favourite villain Kiera stirred some drama.