Gruen takes the rose from The Bachelor 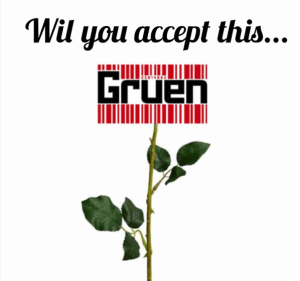 Gruen takes the rose from The Bachelor for its debut ratings

The return of ABC’s advertising show Gruen has beat out Ten’s The Bachelor in last night’s TV ratings, according to preliminary overnight OzTam figures.

Gruen made its much-anticipated return to the small screen for its eighth season, with its debut reaching a 954,000 strong metro audience – a bigger audience than Richie Strahan pulled for his first episode as The Bachelor. The premiere was down marginally on the opening of the last series which drew 974,000.

The Bachelor held strong, reaching an audience of 821,000 capital city viewers. It was the number one program of the night in the 25-54s demographic and under 55s.

Last night’s episode covered a raft of topics from the coffee category tapping into emotional advertising to Telstra’s new ‘weird’ campaign. It was the most watched entertainment program of the night, followed by Bachie and Offspring.

Its popular “The Pitch” segment also returned with Rumble and Marmalade Melbourne creating campaigns to convince Americans to hand in their guns.

Rumble creative partner James Burchill said on The Pitch campaign: "We targeted the real obstacle blocking gun control reform. Let's face it, if 20 grade one students being mown down in one day doesn't shock you into action, only legislation will."