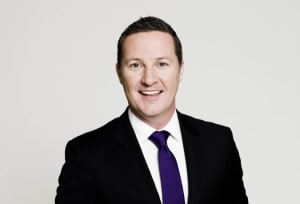 From the public facing presenter to the head of sport for one of the country's biggest broadcasters, Matt White's newest role at Network Ten following the loss of the Big Bash League (BBL) may have left some scratching their heads.

Many would know White as an on-screen presenter who has been on both Seven and Ten during his 20+ years in the industry, however anyone who thought he wasn't up to the challenge didn't have all the facts.

Speaking to AdNews, White says his long-standing career in sports has not simply been limited to editorial and presenting, having gained years of experience behind the scenes, developing strategy, growing audiences and managing assets.

Consequently, it was an “easy conversation” between White and Ten CEO Paul Anderson that led to him being offered the role.

Network Ten appointed Matt White to the new role of head of sport, reporting to chief content officer, Beverley McGarvey, in May this year and in July, revealed the revival of sports news show Sports Tonight, which returns to Australian television following a seven-year hiatus.

Stepping in at a time of change within the network's sporting division, (Ten had lost the rights to the BBL), White was given a level of freedom that most executives are not often afforded.

“It wasn't like I was given a big list of dos and don'ts, it was about developing a strategy that told the market, 'cricket isn't the everything and we are still very much open for business',” White says.

“This isn't so much a rebuild as it is a moment to adapt and develop - as a network that is still very much dedicated to its sporting offering.”

White says the loss of BBL has created room for improvement as to how it markets its remaining sporting coverage.

He says the network will return to what it was previously known for, sports programming that offers more than the broadcast of a single game, but also analysis, wider coverage of various codes and richer content.

“Some of the key objectives for Ten are to keep building on the platform we have created, with Sports Tonight being a big part of that,” White says.

“Now we have a solid platform that we are backing with our premium sporting offering, including rugby union, racing, both V8 and horse.

It's all about driving growth and making smart choices in regards to what we cover and where we look to invest.”

Remaining on screen, White has created a hybrid role that juggles both the head of sport position, as well as presenter of recently relaunched Sports Tonight.

Despite the demanding head of sport role off-screen, he says there is no intention of “retiring” from his public role until a time comes where he is forced to consider his options.

“I honestly can't tell you how much time is split across the two roles, all I know is that once that make-up goes on, I'm a presenter and that won't change for now,” White says.

Ten will continue to push for a greater staple of sporting assets over the next 12 months White says, adding that the first “flag in the ground” was the recent purchase of the Melbourne Cup broadcast rights.

He adds that as the network continues to look for different rights opportunities, new deals will be handled on a case-by-case basis as a large sum of Australia's major sporting codes have signed significant long-term, deals.

“Of course there is a lot of sport that we can't approach at this stage and that's left us on the front foot of trying to find what works best for Ten next,” White says.

“However, we aren't concerned simply because the position we now find ourselves in will allow us to learn, evolve and adapt, so that when the moment comes to invest in our next move, we understand what our viewers want out of our coverage.