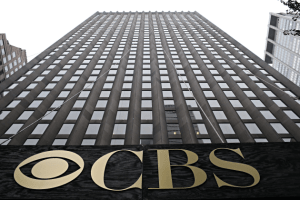 Australia's top media bosses and executives are being flown to the US, courtesy of CBS, to attend a confidential briefing outlining plans for the company's role in the operations of Network Ten.

AdNews understands that the CBS-owned broadcaster has invited media bosses from GroupM, Publicis, IPG Mediabrands and a raft of other holding groups to attend the event in California.

While the exact details of the event remain unclear, it is believed the US broadcaster will discuss recent announcements that include the launch of Ten's local version of the All Access streaming platform, as well as future sales and buying opportunities.

“Our team spend a lot of time with CBS discussing various business matters including programming and strategy. This routine visit is a great opportunity for our team to share these plans with some of our key agency partners," a spokesperson from Ten told AdNews.

It is also believed there will be a high level of discussion around Ten's upcoming programming slate, which will see new programs run across the entirety of summer.

Mark Lollback and Nic Lewis from GroupM have been confirmed as attendees for GroupM, while Publicis Media Exchange MD Sarah Keith is also flying over for the event.

IPG Mediabrands confirmed that members of its senior leadership team would be making the trip over, but could not confirm which executives will be in attendance.

Amplifi ANZ chief commercial officer Alex Pekish will be representing Dentsu Aegis Network. Omnicom-owned media agency PHD confirmed it has been invited, but will not be attending,

The coming together of the major Australian media players will likely see CBS respond to any questions agencies may have around the development of the Ten in-house sales team, while also revealing the parent company's plans for the network over the next 12-24 months.

The briefing shows CBS' intent to reaffirm Ten's position in the market, as well as possibly addressing internal troubles within its own ranks following the departure of CEO Les Moonves earlier this month.