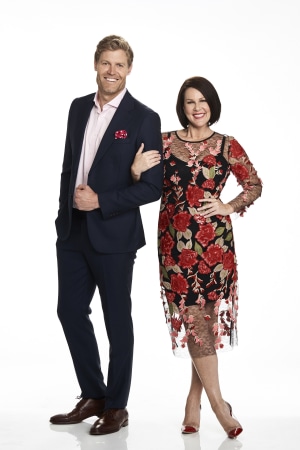 Ten is continuing to bolster its programming schedule by commissioning three new programs for early 2019, as the network prepares for its first summer in years without the popular Big Bash League.

Ten will be home to the return of popular international reality dance program, Dancing with the Stars, Changing Rooms and the debut of Chris & Julia’s Sunday Night Takeaway, based on the popular and live ITV UK format Saturday Night Takeaway.

“We told you we were committed to investing in original local content with broad appeal and we weren’t lying," Ten CEO Paul Anderson says.

“Ten has always been different. Without summer sport, we now have an incredible line-up of new and returning entertainment favourites that are perfect for live family viewing – as we promised."

The network has been touting a local-led content strategy over recent months, stating that it will fill the gap that the Big Bash League has left, following Seven and Foxtel poaching the rights in April.

Sunday Night Takeaway will be hosted by Network Ten personalities Julia Morris and Chris Brown, who also host Ten's I'm a Celebrity Get Me Out of Here.

Based on the popular Ant & Dec’s Saturday Night Takeaway which was created by hosts, Anthony McPartlin and Declan Donnell, who like Morris and Brown, also host I'm a Celeb in the UK, has been airing on ITV since 2002.

Using a similar format to its UK counterpart, the Australian version will see celebrity guests appear in humorous situations, whether it is embarrassing themselves in a task, or being pranked by the duo.

The show also features a mix of games, physical tasks and unexpected tricks and has been recreated in more than 10 different countries.

"There is nothing like Chris & Julia’s Sunday Night Takeaway on Australian television. It is live and dangerously shiny family entertainment at its best,"

Dancing With The Stars has been off the air for more than two years and was originally broadcast on Seven. The new iteration of the show will be co-hosted by radio personality Amanda Keller and recent Gold Logie winner Grant Denyer.

The show returns with a new look, judges and celebrities ready to take to the dance floor next year.

“Dancing With The Stars is feel-good family fun and we are thrilled to have such an iconic series on Ten early next year," McGarvey says.

“Amanda and Grant are firm favourites with viewers so we are delighted to have them together as co-hosts for the first time. They will bring all the glitz, glamour and fancy dance moves that viewers will expect – with a few laughs thrown in too.”

Reality home renovation program Changing Rooms is also returning next year with an all-new look. Set to launch in early 2019, the new Changing Rooms will bring a fresh approach to the format, which ran for 17 seasons in the UK and led to local versions in the US, New Zealand and Australia.

The three shows continue the network's recent commissioning and buying run, as it looks to bolster its TV audience and sport offering.

Most recently Ten splashed out and spent $100 million on the rights for the Melbourne Cup, with a deal allowing the network to broadcast the entire carnival for the next five years.

The network has also been looking to add further comedic content to its programming schedule, recently wrapping up its new strategy, Pilot Week, which saw Ten premiere eight pilots over the course of a week, allowing viewers to decide on what content would be developed based on ratings, audience buzz and catch-up viewing.

“We know Aussies love entertainment television and this summer, we’re kicking off a schedule which will give advertisers more opportunities than ever to engage with our shows and audiences," Ten's newly appointed chief sales officer, Rod Prosser added.

Prosser will lead the advertising push next year, as the company completes its split from current sales house MCN on 1 January 2019.

Prosser previously told AdNews that Ten was adopting adopting a "counter-programming" strategy to combat sumnmer sport, commissioning several new shows for its November and December line-up, which would then lead into 2019.