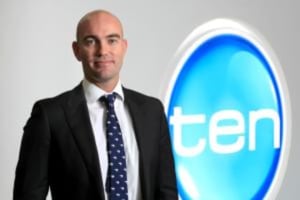 Ten has defended the network's all-male lineup for its inaugural Pilot Week, labelling the backlash around its lack of female presence "disappointing" and "unfortunate", but says it hasn't impacted advertiser interest.

Ten came under fire this week after revealing a programming slate that included eight male comedians and media personalities - and zero women.

Oh Look!! How very exciting for all these men!!! And look! ... There’s a lady in this picture with the remote control so she can watch all the clever funny men who have the opportunity to pilot their own shows @channelten @Colvick @theheraldsun @DailyMailUK @dailytelegraph pic.twitter.com/amzX7N9EJv

Ten's GM of revenue and client partnerships Rod Prosser said the reporting around the lineup "lacked context" and the shows will feature female talent.

"Internally here at Ten, it felt really disappointing with how the press portrayed it, but then if you look at the context of Pilot Week, once these show's start getting broadcast, viewers will see a multitude of female talent," he says.

"It has a lot of female participation both on air and behind the scenes, not to mention, it's our female chief content officer, Beverley McGarvey, that was tasked with selecting the programs."

Pilot Week, a new strategy for Ten, will premiere eight original pilots of domestically-produced television programs, across a number of different genres, broadcast in prime time across one week.

Skit Happens, Dave, Kinne Tonight, Drunk History, Taboo, Trial By Kyle, Disgrace! and Bring Back …Saturday Night, are all led by male comedians and personalities but Prosser says it's not reflective of Ten's stance on promoting female talent.

"As an example, every single one of our news anchors on the 5pm bulletin is female, then you look at The Project, Studio 10, females are fairly represented, even take the corporate point of view, 50% of our leadership group is female," he says.

"The image that was put into the paper, unfairly represented what it was all about."

According to Prosser, advertisers certainly weren't impacted by the decision.

He says, from a commercial perspective, the strategy has generated a lot of interest from Ten's partners, which, instead of taking spots during selected shows, will be given advertising opportunities throughout the entire week.

"They then get first dibs on a successful show that made it through the week and gets commissioned into a longer series. That's the strategy we will be taking."

Despite Ten's confidence in the programming, Prosser doesn't see every show making the cut.

"No every single one is getting commissioned," he says.

"If it was to be the case, happy days, but I suspect that there a definitely some standouts in that mix that our programming team will be eyeing off to put into a longer series."