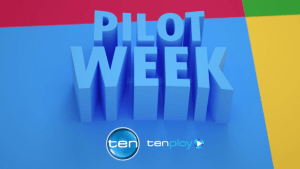 Ten's upcoming Pilot Week, which features eight original pilots of domestically-produced television programs, will be a return to "edgy comedy" for the network as it looks to generate more interest from younger viewers.

Speaking at the launch event last night in Sydney, Ten CEO Paul Anderson said Pilot Week and programming schedule for the remainder of 2018 would be the biggest second half the network has had.

"Including Pilot Week there are 21 new shows in calendar year 2018 and we'll program for 52 weeks a year instead of this arbitrary ratings period from February through to November and then everyone gives up," Anderson told AdNews.

"We will create shows that begin over summer and start at the beginning of 2018, creating a whole new programming dynamic."

Despite having family-friendly viewing on the network, Pilot Week programs include more adult situations, sketches and swearing.

"These shows do have a bias towards comedy, which is something we really want to do more of," McGarvey says.

Comedy fits well with our brand and we think there is a gap in the market in this area on commercial TV.

"We have lots of wonderful family-friendly programs on Ten but we want to expand our offering of local content later in the evening."

Speaking to AdNews following the event, McGarvey and Anderson shot down the notion that the content was overly similar to that of previous Ten programming over the past 10 years.

McGarvey says while there are similarities with certain shows, such as its new sketch comedy program Skit Happens, comedy programming is often "cyclical" and can return to popularity over time.

"A lot of that short-form comedy lives off broadcast now, so to attract younger viewers back to broadcast, we think that comedy is what resonates with younger viewers, along with other things," she says.

Anderson backed up McGarvey's comments, adding that the network had a very different, younger audience eight years ago and this return to edgy comedy was a way of "skewing" programming to fit that market once again.

Seven of the eight new programs were previewed at the event, with comedian Rove McManus' return to live television not airing a trailer due to the show's format.

Rove's Bring Back Saturday Night, a live talk show, will be the first program to air as part of pilot week, which commences this Saturday, with a new show airing daily from Sunday onwards.

Viewers will be encouraged to participate and share their feedback via Tenplay and social media.

Audience reaction, social buzz and ratings will help decide what shows will return to Australian television screens in 2019.

"If they all work really well, then that is what we call a high-class problem, with plenty of slots to fill across all of our schedules and all of our platforms."

Earlier this year Ten defended the network's all-male lineup for Pilot Week, labelling the backlash around its lack of female presence "disappointing" and "unfortunate".

Ten came under fire after revealing a programming slate that included eight male comedians and media personalities - and zero women.

At the time, Ten's GM of revenue and client partnerships Rod Prosser said the reporting around the lineup "lacked context" and the shows will feature female talent.

"Internally here at Ten it felt really disappointing with how the press portrayed it, but then if you look at the context of Pilot Week, once these show's start getting broadcast, viewers will see a multitude of female talent," he says.