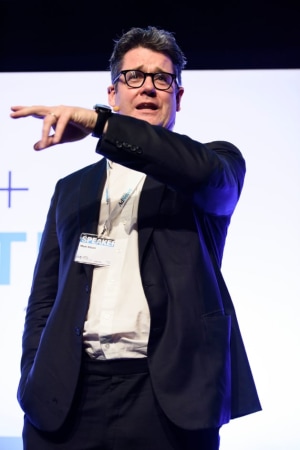 Professor Mark Ritson has called out Publicis' artificial intelligence platform Marcel as a “load of BS” and just another case of advertising puffery.

In an impassioned opinion piece on Marketing Week, Ritson said the extravagant claims around Marcel are nothing more than “usual advertising agency bullshit” and holding groups talking about being “agile” has become a cliché.

Publicis Groupe CEO Arthur Sadoun announced last year at Cannes Lions it would be hitting pause on all award shows for 12 months to save the money needed to create Marcel.

Marcel was touted as an artificial intelligence platform that would “revolutionise the business” and connect its 80,000 employees. In May, Marcel was finally revealed at the Publicis-founded VivaTech conference, but Ritson was less than impressed.

He said the Marcel demo video reveals Marcel to be “a little bit more than LinkedIn with a bit of search and email capability”.

“While there was much talk about the new “agile” structure of Publicis, the reality is the same old functional model remains in place,” Ritson said.

“I grow increasingly suspicious of any marketer who trumpets agility as a goal worthy of their attention.”

He urged agencies to stop using the word “agile” and marketers to stop chasing the shiny new thing.

He says most marketers need less agility, not more and they need to "stick to the fucking plan". Or, in most cases, actually spend time building a plan to stick to.

It was revealed this week that despite banning Publicis agencies from entering all award shows, nearly 400 pieces of work have been submitted into Cannes Lions by clients and production agencies.

Sadoun will reveal more about Marcel on stage at Cannes Lions next week.