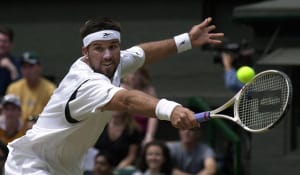 Australia's obsession with sport extends well beyond the playing field and into our lounge rooms as live sport has dominated the top-rated programs over the past 15 years, OzTam data has found.

In comparing the biggest audiences of 2015 and 2010, it shows there has been a decline in viewership, which could be a result of more people watching sport on catch up services or less intriguing match ups in high rating finals.

Seven’s Tennis Australian Open Finals was the most watched live program of 2005, with more than four million viewers watching the match. Ten’s AFL Finals between Sydney and West Coast pulled in a huge audience of 3.3 million views in the same year.

"The numbers confirm the power of broadcast television in the delivery of mass audiences. They also underline and confirm Seven’s strategy of delivering major sports and big live events, a strategy that will continue to see us delivering the biggest audiences across any media platform," a Seven spokesperson tells AdNews.

Tennis was a hit again in 2001 for Channel Nine, with Wimbledon the most popular live program, followed by Ten’s finale of Big Brother.

With the Rio Olympics now on, Seven's linear TV ratings are down, however it has broken records for the use of its streaming service.

Whether it is football, cricket or tennis that stops the nation – Australia is united by its love of sport. According to Nielsen’s Consumer and Media View insights, in the past 12 months, over 10 million Aussies watched sport on TV.

Sport doesn’t just present TV networks with a great opportunity for audience share, but for advertisers too, with Nielsen finding more than two-thirds of viewers say they notice a form of sponsorship.