Sky News pulls the plug on Twitter and does a video deal with Facebook, Google, Microsoft and Taboola 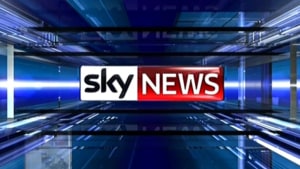 Sky says the decision to pull its videos from Twitter follows an internal review. Instead the News Corp-owned business will use the platform primarily for breaking news and linking back to its news site.

The news comes as Sky enters a deal with Facebook to produce original content for Facebook Watch. The deal is similar to other partnerships Facebook has revealed today with Nine, Seven, Ten and SBS.

“Our partnerships with YouTube, Microsoft News, Facebook and Taboola are an important first step, a long time in the making and with still a long way to go, to monetise our trusted news content on digital platforms ensuring continued investment and focus on local journalism,” Paul Whittaker, Sky News CEO, says.

Taboola becomes the content recommendation service on SkyNews.com.au. It will provide on-site recommendations and advertising, and its engagement tools will be adopted across the Sky News newsroom. This follows a network-wide deal between Taboola and News Corp Australia.

The deal with Facebook and Google comes following the release of the ACCC Digital Platforms Inquiry which found the two tech companies hold substantial market power.