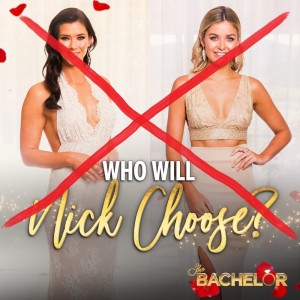 Ten is the only winner in last night’s Bachelor finale episode with an audience of 1.2 million metro viewers tuning in as Nick ‘Honey Badger’ Cummins made Australian history and walked away from the series alone.

In the episode, which aired over two parts last night, Cummins rejected both Brittany and Sophie, leaving the nation in shock but delivering strong ratings for Ten.

Rumours had been circulating that Cummins didn’t find love on the popular series for weeks which heightened when the ex-Wallabies player left the country last week.

While Brittany and Sophie have been rolled out on all major radio stations this morning, Cummins has shirked his press tour and will only be giving one interview on Ten’s The Project this Sunday.

A trailer for the upcoming interview shows Lisa Wilkinson questioning Cummins why he’d gone on the show if he had no intention finding love.

The Bachelor finale was the most watched program in all key advertising demographics and topped Nine’s The Block in the ratings race.

In the last episode Brittany referred to the process as a "giant waste of time" and the lack of true love also seemed to upset viewers who took to Twitter to criticise Cummins' choice:

"What a giant waste of time that was"

Literally for all of us #TheBachelorAU

the producers @ nick when he says he’s not ready for a relationship:

I feel for the people who commited 8 weeks to watching this. What a waste of time. #TheBachelorAU https://t.co/Q7ozu0j9C6

I can't believe I've watched this show for 8 weeks to just listen to The Bachelor imply he's not ready to settle down...?? #TheBachelorAU pic.twitter.com/62B7N8WwdS

The most incredible season ever really should have included a HAPPY ending! There was a VERY brief facial expression by you @oshergunsberg just before Britt arrived, it read what am I doing here?😳 then you smiled and it was game on again! Always the professional😂 #TheBachelorAU

All bets on this series of #TheBachelorAU will be refunded to Ladbrokes punters. pic.twitter.com/vNUjzMqlGS

The finale did not quite break the ratings record of Sophie Monk’s finale episode that pulled in 1.6 million viewers for Ten last year.

Bachelor fans will no doubt now be reading for Ten's Bachelorette.