Sophie Monk's finale of the Bachelorette smashes records for Ten 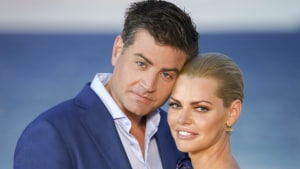 More than 1.6 million people tuned in to watch the finale of The Bachelorette last night as Sophie Monk crushed Jarrod's dreams to find love with publican Stu Landy.

The final episode was a huge success for Ten, with overnight figures up significantly on Georgia Love's finale, which attracted 970,000 viewers. In terms of overnight, it was also the most watched Bachelorette episode in the history of Ten.

The program topped all key advertising demographics for Thursday night. The rest of the episode averaged 1.3m metro viewers and 1.7m nationally, according to OzTAM’s overnight preliminary metro ratings.

Over the course of the season, it has been a resounding success for Ten on total audiences that include catch up viewing, according to OzTam figures.

The penultimate episode of The Bachelorette on Wednesday was the highest rating episode prior to the finale with a massive 1.17 million capital viewers, up 64% year-on-year.