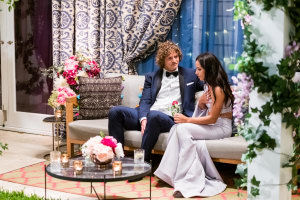 Ten's bet on former Wallaby Nick 'The Honey Badger' Cummins has paid off with The Bachelor securing its highest rating launch episode in the franchise, pulling an audience of 940,000 metro viewers.

The show also took out the top spot across all key demographics overnight.

The Bachelor's launch beat Nine's popular reality home renovation show The Block, which has been consistently drawing in strong viewership since its launch.

The strong viewership for Ten in the primetime slot saw The Block draw in some of its lowest viewership to date, with 823,000 tuning in.

Over on Seven, the Highway Patrol doubleheader drew in 601,000 and 631,000 for its first and second episodes, respectively.

Despite the success of the launch, The Bachelor was unable to guide Ten to an overnight main channel share win, as Nine took out the top spot with a 19.9% share.