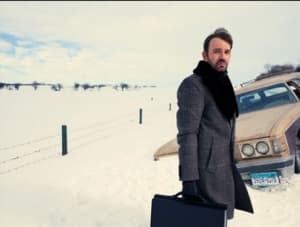 StreamCo has annouced Fargo as part of its line up of content for the soon to launch Stan streaming service, but free to air network SBS will beat it, airing the second season first on broadcast, and for free on its on-demand streaming platform.

Last week StreamCo announced that it had tied up an exclusive multi-year deal with studio MGM Studios for the SVOD rights to MGM content. In particular it pointed to Emmy-award winning series Fargo, based on the Coen Brothers movie by the same name, as a coup for the platform.

As well as wrapping up the SVOD rights for season one, it also announced the rights to the second season.

However, SBS told an audience at its upfront audience last week that it had tied up the broadcast rights for season two.

An SBS spokesperson told AdNews the second season of Fargo would appear on its free catch-up platform SBS On Demand, meaning Stan would be second to the punch on an SVOD showing. With SBS On Demand a free service and Stan a circa $10-per-month service, questions remain over whether Fargo will be a drawcard for Stan.

A StreamCo spokesperson confirmed there would be a lag between the broadcast of the program on SBS and it appearing on Stan, but could not say how large this gap would be.

A recent study from research house Edentify found that IPTV viewers were not fussed about what platform content would be on, actively seeking out that content regardless of the platform.

StreamCo previously announced that it would have the rights for highly anticipated Breaking Bad spin-off Better Call Saul, with StreamCo CEO Mike Sneesby saying it would show the content “as quickly as technology allows”.

SBS is currently replaying the first season of Fargo, but is unable to feature the show on its SVOD platform because it only has first-run rights on the show.