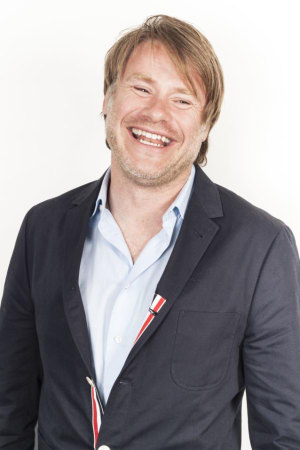 Ex-CEO of Swisse Vitamins and founder of Noisy Beast agency, Radek Sali, has teamed up with advertising and production industry exec and former media agency boss Andrew Shostak to launch a new agency.

The full-service media and creative shop in Melbourne, named Stratosphere, launches with one of Australia’s biggest retailers Chemist Warehouse – which is said to have media billings of $100 million. More clients are set to be revealed.

Stratosphere wins the chemist client from its previous agency long-standing agency Quattro, where Shostak was CEO for six months. Over a dozen staff have followed Shostak from Quattro and joined Stratosphere. At the time Quattro CEO Peter Quattro stressed the reason it left was to take it in-house - which was soon revealed as not the case.

Chemist Warehouse is one of Swisse's largest sellers and the pharmacy chain is also a minority shareholder in Stratosphere, which will run as an independent full service agency.

Sali is investing in the agency through his investment fund Light Warrior Group. It’s not his first foray into agency world after he founded Australian-based advertising agency Noisy Beast – which was sold last to Swisse in August.

“This is a very exciting day for everybody involved. The advertising industry is continuing to evolve and with our new agency, our point of difference will be to provide a service that meets the new needs of advertisers,” Sali says.

At the end of 2016 Sali, who was number 191 on The Australian Financial Review’s Rich List 2017, stepped down from being CEO of the Melbourne-based vitamins and supplements maker Swisse, which was acquired by Hong Kong-listed company for $1.67 billion in 2015.

As a key foundation client, CEO Shostak says Stratosphere will commence operations with the pharmacy giant this month. He also says Stratosphere promises to be “unlike other agencies”, with an opportunity to build a creative agency with “world-class creative capability and experienced partners” from the ground up.

Prior to his CEO role at Quattro, Shostak was head of commercials Asia Pacific at visual effects and post production group Method Studios Australia for 12 years. He also worked at Foxtel, Seven and Nine as a senior TV producer.

“The agencies that stand the test of time don’t just react to a client’s needs, they predict them. We believe in a collaborative process and an unrelenting desire to pursue better ideas, and deliver results for our clients,” says co-founder Shostak.

COO of Chemist Warehouse Mario Tascone says it’s looking forward to working with the “many talented people on the Stratosphere team and creating new and innovative content” to place across all media channels.

“We’re excited about being part of building Stratosphere, a business that will benefit not only Chemist Warehouse, but all of its partners,” Tascone says.

The founding agency duo aren’t the first to venture out on their own within the past year, with ex-MediaCom exec Jimmy Hyett launching a Sydney-based full-service agency Media & Production Partners and former Vizeum MD Nick Behr opening full-service media agency Kaimera. A spate of creative agencies have also popped up in the Victorian capital, such as The Monkeys, MercerBell, Thinkerbell and more.