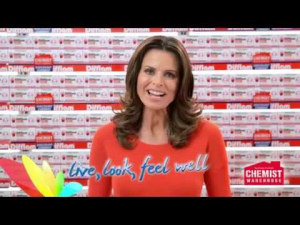 The firm, dubbed "the McDonald’s of pharmacy", employs more than 16,000 staff in Australia and New Zealand and is a huge spender when it comes to marketing, playing heavily in the TV ad and digital space – as well as radio, print and sponsorships.

The company, which is said to use a complex franchise structure to circumvent Australian regulations that limit how many pharmacies a company can operate in any one area, had been working with Melbourne-based independent full-service agency Quattro for eight years.

During this time its media billings have rocketed from $5 million to $100 million.

Despite the agency client relationship dissolving, both are said to have parted on good terms. Initially, it was thought Chemist Warehouse was taking the business in-house, but AdNews has since learnt this is not the case.

Chemist Warehouse is thought to be revealing its new plans for how it will manage the business later this month. The new plans involve some Quattro agency staff who had been working on the account.

Quattro agency staff that did not work on the brand will move to new offices, led by agency founder and CEO Peter Quattro, who confirms the agency is alive and well despite the Chemist Warehouse move. "Our clients are aware are fully supportive - ongoing. Our office in Prahran is already up and running," he says.

Agency founder and CEO Peter Quattro, who has clients in the luxury car brand, weight loss and real estate sectors on its books, tells AdNews the fluid nature of the media world means wins and losses are all part and parcel of the business – as is being able to scale up or down.

“We've enjoyed a close relationship with Chemist Warehouse and developed a great deal over the years." Quattro says.

Quattro, which uses Initiative for media trading purposes, was founded in 1995.

While Quaattro has been working with the business for many years, it only took the final media planning and buying slice of the pie in 2013, from MediaCom. MediaCom had the business for less than a year and prior to that it sat with Mitchells.

In 2013 Quattro told AdNews that full-service was “back in vogue”. Referring to that he tells AdNews it's been interesting slowly watching the shift of other agencies cottoning on to something that his agency has been a firm believer of for so long.

*Update: Initially, it was thought Chemist Warehouse was taking the business in-house, but AdNews has since learnt this is not the case.