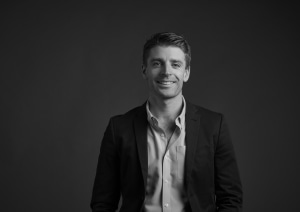 Titshall has been with CHE Proximity since 2014, and spent the last three years as MD of its Melbourne office.

In his new role starting 3 May, Titshall will split his time between the agency’s two Australian offices, Melbourne and Sydney, overseeing a combined client roster and growing teams.

“I’m thrilled to be joining a diverse and talented group of people, working with such an impressive list of progressive brands.”

The national MD positions has been vacant since March following Rebecca Bezzina’s announcement in January that she’d be resigning from the position.

Titshalll also sits on the RMIT Advertising Industry Advisory Committee and has previously been a committee member of The Communications Council’s Victorian branch.

“What’s been achieved in Australia in the last few years is a source of incredible pride to everyone who’s poured their heart and soul into building this business,” R/GA EVP managing director for the APAC region Tuomas Peltoniemi says.

“The appointments are a recognition of that success, and an assertion of confidence in the future.”

Earlier this year R/GA ramped up its presence in the APAC region, with the hire of former Host/Havas creative Seamus Higgins to the newly created role of CCO.