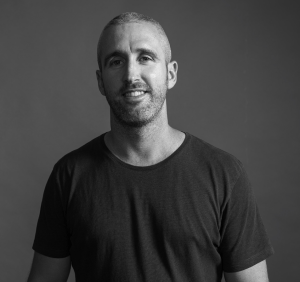 R/GA is expanding ramping up within the APAC region with three new appointments, including the hiring of former top Host/Havas creative Seamus Higgins.

Higgins steps into the newly created role of CCO and comes from Host/Havas where he was the ECD for more than six years, having spent time in the company before its merger. With more than 20 years in the industry, Higgins has also worked at Banjo Advertising, 303Lowe and Saatchi & Saatchi.

Also part of the boost to its leadership, Rob Chalmers and Niklas Lilja have been promoted to group ECDs for the APAC region.

The hires follow news last month that VP MD Rebecca Bezzina is exiting the business in March, after three years in the role.

“APAC is a hugely dynamic region where anything is possible and R/GA is perfectly poised to push the boundaries of creativity and innovation here,” Higgins says.

“I can’t wait to get going with this incredibly talented team.”

“Higgins has built his career championing ideas that often don’t feel like advertising, and ensuring uncompromising craft when it comes to their delivery,” APAC EVP MD Tuomas Peltoniemi says.

“We’re excited to welcome Higgins to R/GA and to a role which speaks to his talent and passion for driving change, as well as our growth and the opportunities for transformation we’re seeing here.”

Chalmers becomes APAC ECD of experience design (XD) and is responsible for deepening XD capabilities and growing teams across its offices.

Chalmer's promotion sees him take on a broader region, working with clients such as Telstra, Samsung and Toyota.

Based in Sydney, Chalmers told AdNews he'll be going after new, more 'interesting' work in his new role.

He added that the shake-up helps R/GA embark on more 'diverse' work.

“You’ll see a greater diversity in the work R/GA does, particularly because we have a perspective at the moment that parity is a key challenge clients across all industries are facing,” Chalmers said.

“All industries are competing in the same way but the reality is that message needs to be communicated in very different ways.

Chalmers says to differentiate itself, R/GA doesn't think of advertising as simply a message.

“For R/GA it goes way beyond that. It's not just about communicating something, it's about what a customer actually experiences with a brand and how that relationship plays out.”

Chalmers, who says Australia is leading the charge for XD in the APAC region, listed examples such as its work with a neobank and helping a brand reimage the future of mobility.

“These are not typical advertising problems, they’re customer experience problems.”

Lilja takes on APAC ECD of marketing transformation, heading up the development and expansion of the region's creative teams.

Global CEO Sean Lyons says the changes come after a period of expansion for the business, having opened two new offices in two years and ramping up its presence in local offices.

“We are growing at speed in APAC, with a host of new business wins and organic growth from long-standing relationships, and hitting our stride creatively,” Lyons says.

“The seamless and extraordinary collaboration between our people in the region is a differentiator sought out by clients, and something the teams in APAC already do so well.

“By bringing in a talent the caliber of Higgins and combining it with Chalmers and Lilja, and other regional creative leads, APAC is poised to grow even further.”

Did you see the AdNews annual with a cover created by R/GA? Check it out here.