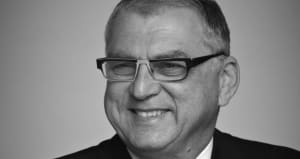 Tom Dery, M&C Saatchi’s Worldwide chairman was among a handful of media and marketing professionals recognised in the Queen’s Birthday honours list.

Dery has become an Officer of the Order of Australia, recognised for his service to the not-for-profit sector, as as chairman of the Australian Cancer Research Foundation.

He said: "One of my hopes in receiving this award is that it draws attention to our industry, and perhaps gives us the opportunity to demonstrate the potential we have to play a significant role in not-for-profit activities. There is a great deal of charity provided by our industry which goes un-noticed and unrecognised,” said Tom.

There were 519 Australians awarded in the Queen’s Birthday honours list this year.