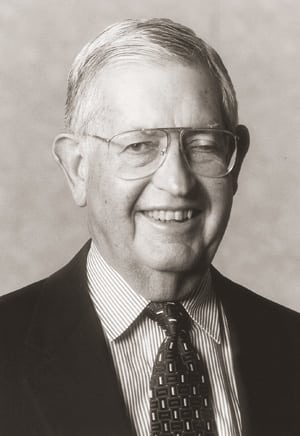 Peter Clemenger and his wife Joan are among the list of recipients singled out for Australia Day Honours.

Clemenger and his brother John founded the Clemenger group in 1946, with the former still active as a director of the group.

Both Peter and Joan were appointed as officers in the general division of the Order of Australia (AO), which recognises people who have delivered outstanding service or exception achievements. The awards come from nominations in the community.

The pair were given the awards for “distinguished service to the visual and performing arts as a benefactor, patron and supporter, and through philanthropic contributions to a range of charitable organisations, and to the community.”

Peter and Joan are supporters of The Australian Ballet and the Melbourne Theatre Company. They are also both involved with the National Gallery of Victoria, with Peter Clemenger listed as a trustee and Joan's as an honorary life benefactor.

Joan is also a supporter of Orchestra Victoria and the National Council for Circus Arts while Peter is also known for establishing the Melbourne Food and Wine Festival in 1993.

The couple are also supporters of a range of charitable organisations including Big Brothers, Big Sisters of Melbourne and Anglicare.