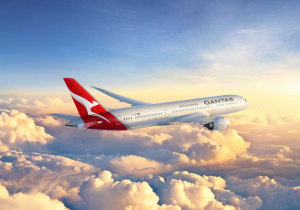 Qantas has consolidated its global media buying and planning work with OMD in a move that will see media account billings it manages nearly double to about $60 million, AdNews understands.

OMD has been Qantas' agency of record in Australia since 2014 when it won the business in a competitive pitch that involved previous incumbent Zenith Optimedia.

Now, it will also manage the full suite of media buying and planning services across traditional and social media in 18 global markets.

Previously, international markets were also served by three other agencies with OMD having Australia and a couple of others.

This means OMD will manage a global media budget estimated by industry sources to be worth between $55 million to $60 million, rather than an Australian budget of between $25 million to $30 million locally.

AdNews understands the change is part of a broader strategic review of global media buying and it is believed one partner will lead to better shared learnings across markets and greater buying efficiency.

OMD Australia chief executive Aimee Buchanan said the agency was “delighted” and “proud” to extend the relationship with one of Australia’s iconic brands.

“We are lucky to have a truly cohesive media agency network across the globe with the capability to drive and manage the business out of Sydney,” Buchanan says.

“We look forward to working with Qantas and their partners to drive continued growth for their business and brand.”

This year, Qantas was ranked the seventh strongest brand in Australia and the third top Aussie brand behind Bunnings and Coles.

Qantas recently launched a new campaign with its creative agency The Monkeys ahead of the launch of its first Dreamliner aircraft.