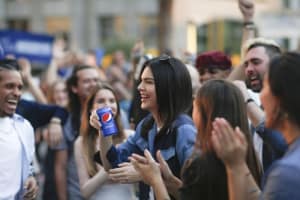 The media agency that wins Pepsi's business will not have to worry about placing the contentious Kendall Jenner ad.

It is believed the regionally-led review is not an attempt to consolidate the business within one media holding group and each country will have a say in who wins the business locally.

The combined annual media spend across the group is around $25 million.

PHD has held the account since 2010, when it picked it up from EightyK’s following a global alignment with Omnicom media agencies. That pitch went down to a shoot-out between PHD and Mindshare.

AdNews understands the client is pleased with its relationship with PHD in this market.

Recently, PepsiCo's president of beverages Brad Jakeman complained about the lack of diversity at agencies and has also taken steps to ensure its agency reviews are not driven by procurement and cost-cutting.

PepsiCo appointed Tami Cunningham as marketing director for Australia and New Zealand after Jenni Dill left to become CMO of McDonald's. AdNews understands Cunningham has since left the business and PepsiCo is seeking her replacement.