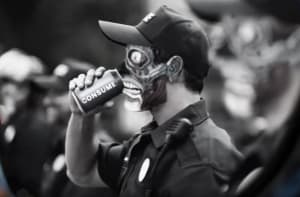 Following Pepsi's shocker of an ad which invoked a major social media backlash over the way it portrayed demonstrators and police officers at a political protest, parodies have started to appear online.

Last week Pepsi was forced to apologise for its advertisement featuring Kendall Jenner, admitting it “missed the mark” and the ad was pulled – although Jenner still has the clip live on her own channel.

Several parodies have since popped up from the likes of SBS's light-hearted news show The Feed, which poke fun at how Pepsi's marketing meeting would have played out six months before the ad was launched.

The Feed is a fan of spoofing ads, having rolled out parodies of that awkward Department of Finance ad and the Coopers Bible Society advert. Last week it also had a dig at Fairfax following its drastic job cuts. 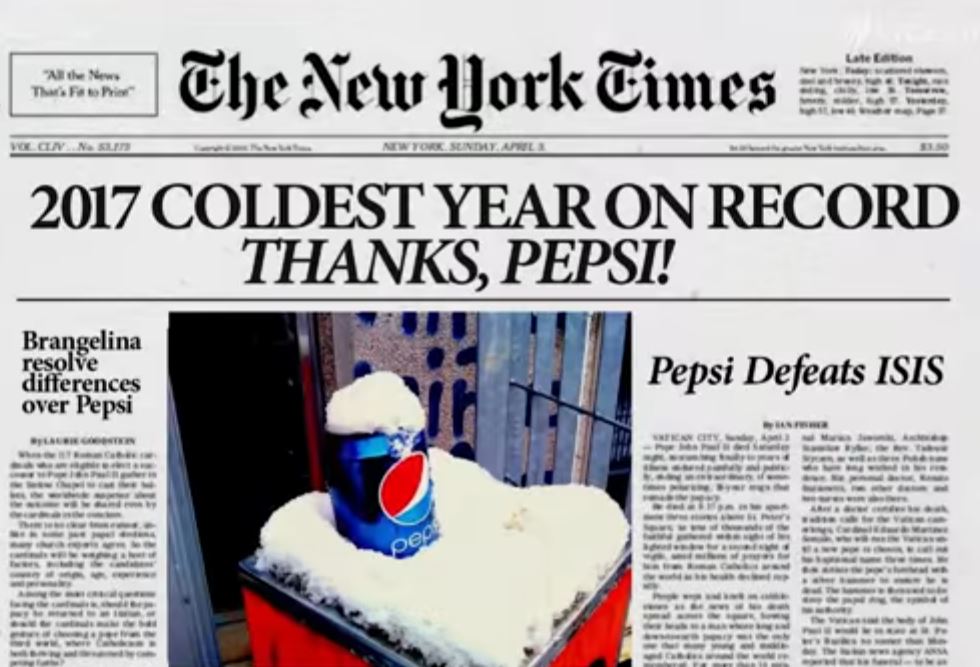 In a move perhaps designed to make a point about the nature of advertising and consumerism,  YouTuber Flea Market Socialist combined the Pepsi spot with sci-fi visuals inspired by the 1988 sci-fi classic They Live.

In the US Saturday Night Live also ran a parody and the Late Night with Seth Myers show created an alternate ending to the ad.