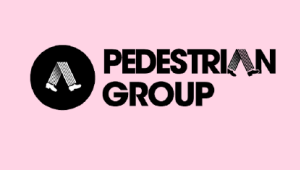 Pedestrian Group has revealed a list of new events and initiatives for its 2020 calendar, including a cash prize for newly single readers.

Pedestrian TV will launch Econom-Ex, an initiative where the publication will pay for readers’ breakups, following statistics that show the average breakup costs $5,000 or more, according to the group.

The title will also leverage the group’s new brand Openair Cinemas to host Ex-change, an outdoor dating and movie night across Sydney, Melbourne and Brisbane, where people can “swap” their exes with each other.

Adding to Pedestrian TV’s new initiatives is a pop-culture bus tour of Sydney called Pop On, Pop Off, along with the launch of News Ink, a weekly news program where a host explains the biggest news stories while getting inked with a tattoo to reflect those stories.

Publisher Vanessa Lawrence says the group has a stronger grasp on its audience’s interests across all six brands.

“The content you’ll see from us in the coming six months and beyond is reflective not only of what we know will resonate but ideas that will create the best integration opportunities for our partners,” Lawrence says.

Elsewhere, Business Insider will host F.I.R.E Festival on financial independence and will launch a video and podcast series called You Made Millions How?

Its female-focused site Pop Sugar will launch The Mother Load, a series of essays to support new mums, as well as another event with Openair Cinemas called You Can Fit with Us.

Lifehacker will search for the ultimate life hack with its Australia’s Next Top Lifehacker, which invites people to send in their best shortcuts in life, such as separating egg yolks using just a water bottle.

Pedestrian Group CEO Matt Rowley recently spoke to AdNews on the group’s strategy, saying he wants to spread the creativity of Pedestrian TV to all of its newly acquired titles.