Matt Rowley at Pedestrian on how he's building youth audiences 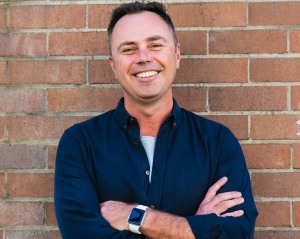 When Nine combined Pedestrian TV with Allure Media last year following its merger with Fairfax Media, the owner of Allure, it appeared to have created a scattered media brand.

The fattened company is made up of youth publication Pedestrian TV and Pedestrian Jobs, along with the former Allure titles Business Insider Australia, Gizmodo, Kotaku, Lifehacker and Popsugar. It also recently added Openair Cinemas to its portfolio.

While Pedestrian TV stands out as a distinct voice, adopting the casual language of social media for news stories, Rowley wants to spread that creativity to the other titles.

“We have been looking to keep hold of that and if anything, double down on it and at the same time start to inject some of that unfiltered creativity that people are used to with Pedestrian TV,” Rowley told AdNews.

“That doesn't necessarily mean changing the editorial mission for each of those different brands, but it's just the how we do it.”

Rowley, who was previously chief revenue officer Fairfax before a short stint as Nine’s director of sales for publishing, isn’t trying to build one “cool youth voice” to capture the younger demographic.

“If you try and do that, then you sell youth publishing short and you miss massive opportunity,” he says.

“That's why our strategy is far from just focusing on the one voice. It’s taking all these other voices we have across the group and almost putting them on steroids by injecting them with this unfiltered creativity that Pedestrian is so famous for. That's really the route we're going down.”

The group has more than 100 staff across Sydney, Melbourne and Brisbane after a round of redundancies following its merger with Allure Media.

There’s also been a shake-up of its leadership team, with founders Chris Wirasinha and Oscar Martin exiting.

More recently long-time managing director Brian Florido also left to head up Val Morgan’s first foray into publishing, with his role to be replaced by a general manager.

The settled Pedestrian Group has a daily routine which sounds more akin to a creative agency, rather than a publishing house. Each day the team attends two brainstorming sessions where they’re given creative briefs, such as how to land their boss in jail.

Rowley, who has worked at agencies such as Publicis Groupe, says Pedestrian feels like a hark back to his time agency-side.

“I’ve spent more of my time either running and then owning creative agencies and this has a lot of that in it,” he says.

“We have a big editorial team, almost equal in size as our creative team and what’s so great about that editorial floor as well is how creative they are in what they do.

“For me personally, there's a lot of that going back to working with supremely creative people.

“You see a number of great ideas every day and if you're somebody that likes working in creative industries, this has to surely be the pick of the bunch. I don't know any other media brands that come close to this.”