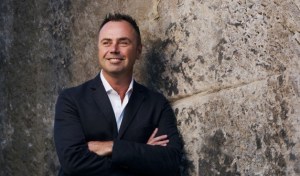 Rowley was Fairfax’s chief revenue officer before its merger with Nine, after which he lead its publishing sales arm.

In his new role, which he begins on 15 April, he joins managing director Brian Florido and publisher Vanessa Lawrence to form the brand’s leadership team.

He will oversee Pedestrian titles such as Pedestrian.TV, Business Insider Australia, Gizmodo and Popsugar.

“Pedestrian has gone from strength to strength since it was founded 14 years ago and now is the next step in its growth story with Rowley coming on board as CEO,” Nine MD of publishing Chris Janz says.

As part of the appointment, Nardi steps into the sales role from his position as global advertising director, luxury and consumer, and head of Weekend and B2C publishing for the Financial Times.

He is responsible for Nine print and digital publications including The Sydney Morning Herald and The Age.

Nardi is tasked with building on the momentum from the development of a vertical structure focused on key categories such as travel, finance, retail and technology.

“Our sales transformation is now complete with the addition of our agency-aligned teams in publishing who will be working alongside our TV and digital teams and with Powered,” Nine chief sales officer Michael Stephenson says.

The news comes following the appointment of former APN sales director Time Rose to the newly created role of director of sales – Nine+.