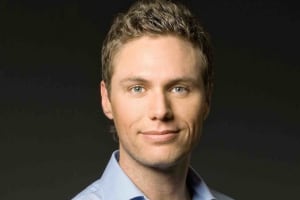 In an internal email, CEO Gereurd Roberts told staff it has consulted with sub-editors across all brands, which includes New Idea, Marie Claire, Better Homes & Gardens and InStyle about a proposal to outsource copy sub-editing to an external business, Pagemasters.

“The proposal includes a subbing solution, which will be custom built for Pacific – one using staff with expertise in the categories in which we operate, which mirrors our own current three-phase sub-editing process (first, second and third reads), and will ensure strict adherence to our brand guidelines,” Roberts said in the email.

“Should the proposal proceed, a small team of copy directors/sub-editors will remain at Pacific, while some of our sub-editors may be employed by Pagemasters. We will keep you updated as these discussions progress.”

Roberts said that 11 other positions across the business would also be affected but declined to provide further details.

The changes are part of a plan to reduce PacMags cost base before 30 June ahead of the publishing company’s direction and strategy plan for the next financial year.

“I know they will be difficult for many of you also. They are in no way a reflection of the tremendous work, commitment and care these team members have always shown. They were taken only after all options were thoroughly considered, and once determined, it was imperative that we acted now to ensure we stayed well ahead of the challenges that many industries face, including ours," he said.

The process is expected to culminate this Thursday.

The move is one of many introduced by Roberts since he stepped up to CEO in September last year as he looks to cut costs at PacMags. Last year he restructured PacMags' portfolio under six new categories, including food, family, home, fashion, beauty and health, which led to several magazine closures.

Outsourcing sub-editing is a common way of reducing costs at media companies. In 2011, Fairfax opted to outsource most of its copy subbing to Pagemasters in 2011. At the time, staff campaigned against the cuts, but ultimately Fairfax went ahead with the plans.

Earlier this year, News Corp also announced sub-editors would be given the axe as part of a wider $40 million cost-cutting initiative.

Mamamia was called out in 2015 for looking for sub-editors in Bangladesh. Other companies have been known to place subbing duties back onto stretched editors and editorial teams.