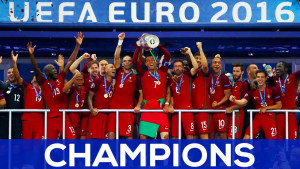 In a bid to bounce back from its World Cup woes, Optus Sport has revealed further investment into football streaming, securing the rights to multiple European tournaments.

The telco has secured the rights to stream some of Europe's top competitions.

Optus will broadcast the Euro 2020, the major national football tournament in Europe, which features recent World Cup winners, France and the UEFA Nations League 2018, which will act as the qualifiers for Euro 2020.

The 2019 Women's World Cup will also be available to stream on Optus Sport.

"Football continues to be a key pillar of our content strategy and we remain focused on being the home of elite international football in Australia," an Optus spokesperson told AdNews.

Optus has its work cut out following the "monumental balls-up" it had to deal with, following streaming difficulties throughout the entire World Cup.

The telco was forced to refund users who had paid for the Optus Sport service and took out full-page ads across Australia's major newspapers to apologise for the failure.

As a result, SBS hit a ratings gold mine over the past month, following Optus' disastrous and highly publicised World Cup streaming blunder.

Last night's World Cup final aired this morning on Optus and SBS, with the national broadcaster drawing in 484,000 metro viewers for the 1am game, which saw France topple Croatia in a resounding 4-2 victory.

On the other end of the sporting spectrum, Seven's broadcast of Wimbledon 2018 drew 275,000 viewers, as Novak Djokovic defeated South African player Kevin Anderson to take out the title.