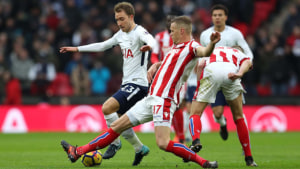 As the 2018 FIFA World Cup draws to a conclusion, SBS has revealed that it will be airing games from the English Premier League, commencing 11 August.

Hosted by The World Game’s Lucy Zelić, SBS’s exclusive free-to-air Premier League coverage will include one match per week.

Earlier this year, Optus extended the rights to the English Premier League for another three seasons.

The new deal begins in August 2019 and includes exclusive live coverage on for every Premier League match, and full on-demand, replay and short form rights for all 380 matches between 2019 to 2022.

Most recently, yesterday morning's 4am semi-final clash between England and Croatia drew in 420,000 national viewers, with a five-city metro share of 64.5%.

This weekend will mark the end of the tournament with England and Belgium going head-to-head for the third-place spot on Sunday morning.

The World Cup final between France and Croatia will air Monday morning at 1am Australian Eastern Standard Time.

Optus relinquished its exclusive rights  to the remainder of the 2018 FIFA World Cup and was forced to continue to broadcast all remaining games in conjunction with SBS.

SBS had been simulcasting the 2018 FIFA World Cup until the end of Group Stage on Friday 29 June, with Optus Sport customers who purchased the telco's $14.95 package receiving full refunds.