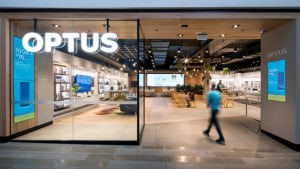 It is also working with Bear Meets Eagle on Fire for core projects. 72andSunny was dropped from the roster just a year after being added.

This latest shake up comes following Optus announcing it would review its pitch process following feedback from agencies.

No partner involved in the tender process was requested to carry out any strategic, creative or execution work without payment.

All briefs given resulted in work either in market or soon to launch in market.

This follows a full review of the market, a benchmarking exercise and financial tender with Trinity P3.

Mel Hopkins, head of marketing at Optus, says the new way and format the telco is working with agency partners has given her "great hope" for much-need change in the Australian agency landscape.

“We are very excited to announce to the industry the news of a core team that we have been working with over the past few months on a number of projects or via existing relationships," Hopkins says.

"We believe that we have a unique combination of agency partners that together have forged a strong relationship with each other based on mutual respect.

“We believe working together on real live briefs, with real budgets, real deadlines and paying real agency fees enables both parties to work openly to determine whether the right dynamic is present to enter into a roster arrangement.”

Last year Optus' halved the number of agencies it working with. We Are Social, Octogan, With Collective and AKQA - the agencies named in Optus' 2016 roster reveal - were all dropped.