EPL and UEFA deals give Optus Sport a 50% customer lift 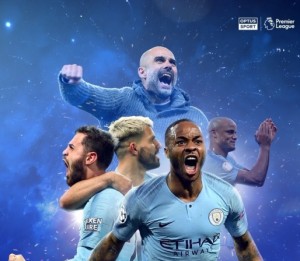 Optus Sport has notched up a 50% increase in activated customer accounts year-on-year as a result of its European football broadcast deal.

The rights deal includes the English Premier League (EPL), which ended over the weekend, and European club competitions the UEFA Champions and Europa Leagues.

This morning’s final round of the Premier League saw the highest ever viewing numbers for Optus Sport, eclipsing last year’s FIFA World Cup, with customers streaming to watch Manchester City pip Liverpool to the EPL title.

Optus Sport is also reporting its biggest ever week, with unique weekly viewers up +130% in the past week compared to the same week last season.

Optus head of TV and content Corin Dimopoulos says European football fever is "gripping Optus fans". with sign-ups to Optus Sport "swelling dramatically" ahead of an all-English Champions League final and the FIFA Women’s World Cup 2019 in France next month.

“We’re thrilled with the strong growth of Optus Sport viewers this year and the fantastic feedback we’ve received from fans across the country,” Dimopoulos says.

“This season has delivered non-stop, jaw-dropping moments from the world’s most popular game, and we’re delighted to see a record number of fans signing up to Optus Sport ahead of the must-see Champions League final and the launch of the FIFA Women’s World Cup 2019."

Optus holds the rights to Premier League, the UEFA Champions League and the UEFA Europa League, and in the last year has streamed over 1,000 hours of football.

Other key stats from across the EPL and UEFA leagues' season include:

The results will come as good news for Optus, which last year grappled with a slate of technical issues during its broadcast of the FIFA World Cup, resulting in SBS being handed the rights to also broadcast the remaining matches.