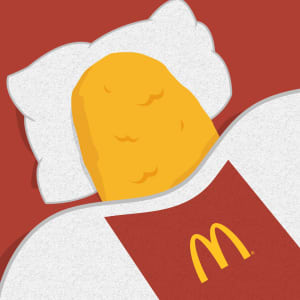 OMD has won the $20 million media account for McDonald's in Queensland and the Northern Territory.

The Omnicom agency, which has the business in all other states and territories, had been vying for the final portion of the business, which sat with rival UM for the last 15 years.

The pitch was run out of Brisbane and is thought to have been split out of the national media due to the different social, cultural and economic differences in Queensland and NT, and owed to its strong relationship with IPG Mediabrands agency UM.

It's thought that with the rise of programmatic, among many other efficiency factors, that consolidating with one agency made more sense.

According to Nielsen figures McDonald's total media spend was $71.7 million over the past 12 months, but AdNews understands that the total figure is more like $100million when all digital media is added.

AdNews is told by contacts in Brisbane that Queensland is much more of a “relationship market”, known for its deeper client/agency relationships as opposed to being wooed by the price dropping tactics preferred in other bigger markets.

It's thought incoming UM Brisbane MD Chris Platt may have joined as the pitch was already underway.

Long-serving Debbie Stevens had been MD at UM Brisbane for nearly 14 years, up until June 2015. Katherine Fraser then head up the business as GM, until Platt moved over from GPY&R in January this year.

In other Maccas news: McDonald's and Uber to roll out delivery in Australia