McDonald's and Uber to roll out delivery in Australia 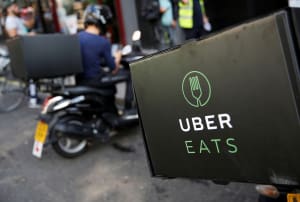 McDonald’s is bringing home delivery to Australia through a partnership with Uber. The delivery trial kicks off in the US and the UK with Australia to follow in coming months, AdNews understands.

McDonald’s has been trialling home delivery since 2013, rolling out McDelivery in selected suburbs in Sydney, using the Menulog platform. Australia was one of the first countries to trial delivery as part of a wider innovation push in this market.

A report in Chicago Business says the fast food chain has been testing delivery through the UberEats mobile app in about 200 restaurants in Florida since December.

AdNews understands a similar project is underway in Australia and McDonald's is thought to become available through UberEats in coming months, however details have not been finalised.

While Uber has confirmed the project is underway in the US, a spokesperson says it has no plans to launch in Australia, however sources say the deal is underway.

"We are thrilled to partner with McDonalds to bring the ease and reliability of Uber's technology to deliver their classic flavors," says UberEverything head Jason Droege.

"Whether you are at home or at the park, we are building UberEATS to serve up the right food, for right now - from salads to Big Macs - at the tap of a button."

It’s thought that the delivery will coincide with the roll out of the new McDonalds app, which allows customers to order food to their table when in a restaurant and pay via the app.

The app is currently being tested in the UK but AdNews can confirm it will be made available in this market shortly.