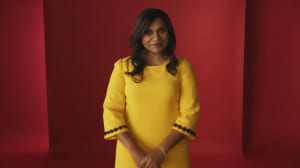 McDonald's has launched a US campaign fronted by actress Mindy Kaling omitting any mention of its brand name. Instead, Kaling encourages viewers to simply do a Google search of “that place where Coke tastes so good”.

The fast food chain has created a new YouTube page to launch the ads titled 'That place where Coke tastes so good'.The page has absolutely no reference to the brand either.

Mindy Kaling, who donned a yellow dress and stood in front of a red backdrop in the ad to embody the brand's colours, posted a cryptic tweet to celebrate the launch of the campaign:

I partnered with a brand w/o being able to say the name of the brand. Is that normal? If so, can I be paid in fries? https://t.co/MNgGp23nP6

It is the first time the brand leveraged Google to push its products.

It come less than a week after rival Burger King triggered Google Homes throughout America by prompting the device to describe the Whopper Burger. The ad forced Google to reprogram the devices, which have now been reactivated to respond to the prompt.

It also follows the controversial Pepsi ad featuring Kendall Jenner which was saturated with brand references and logos before being axed.

McDonald's recently used Snapchat to recruit the youth of Australia in a long stream of digital innovations.

The campaign was developed by Omnicom.

Check out the ad here: