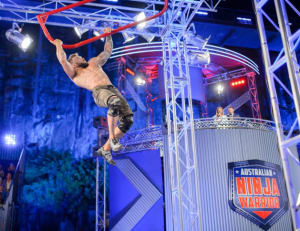 Nine's Australian Ninja Warrior has dismissed any notions it could be a one-night wonder by posting another night of ratings well north of 2 million.

The second episode had a national average audience of 2.27 million, including a metro audience of 1.6 million. This means the first two nights of the Ninja are the top two entertainment programs this year, excluding sport.

Ninja's ratings last night were more than double the number of viewers of the next placed entertainment show, Seven's The Last 100 Days of Diana, which drew 768,000.

Ninja dominated all advertising demographics, more than doubling Ten's Have You Been Paying Attention in 25-54s - Nine's sweet spot. It posted 819,000 for this segment and 444,000 in the 16-39s, indicating the show is popular with viewers of all ages.

The show's success has lead to Nine knocking Seven off the top spot for daily share, as Nine had 27% of the audience while Seven trailed behind with 19.6%. Ten had 13.6% of audience share

Australian Ninja Warrior premiered on Sunday night to record numbers, drawing in a crowd of 1.64 million metro viewers and 2.33 million nationally, making the debut the strongest prime time launch of 2017.