'The time is now'; Nine gears up, nets major sponsors for Ninja Warrior 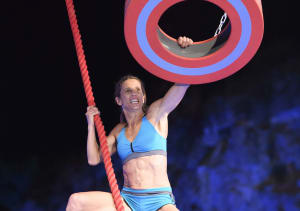 "What we've found is that women are really loving it because it's not just a pure sports contents and it features some of the best abs in the country."

Nine has locked in three sponsors for one of the most eagerly anticipated reality TV launches in years, Australian Ninja Warrior.

KFC, painkiller Advil and Berocca have come on board for the first season, which runs for a three-week burst on Nine from Sunday.

AdNews attended one of the semi-finals to get a taste of the action. What really impressed was the sheer athleticism of contestants, the crowd involvement and how much of a genuine spectator sport it was.

The slightest slip is the difference between becoming a ninja warrior or having an early bath (quite literally), and there were many shocks, twists, turns and remarkably brave costume choices in one sitting.

Contestants undergo military-style tests to see if they are worthy to be on the show – there are no Mickey Mouse contestants here, it's serious stuff – as this illustration of the obstacle course illustrates. 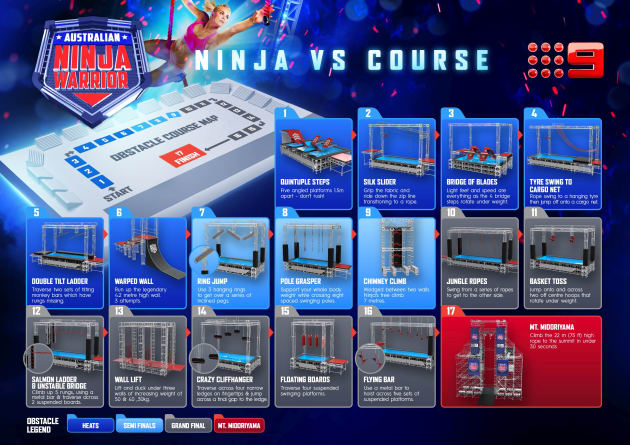 Nine's head of content, production and development Adrian Swift tells AdNews the network has been looking to bring over Ninja Warrior for five years, but felt now was the right time because the show “looks and feels different” to the seemingly endless stream of cooking and renovation formats on free-to-air.

Another reason Nine brought the concept to Australia is this country's growing obsession with fitness and the gym.

“I think what changed things was the rise and rise of crossfit; Tough Mudder and Spartan are already out there and I just think it's got a critical mass,” Swift says.

“What Ninja represents is this big, competitive version of crossfit and it's all of these things coming together that made us think the time is right.” 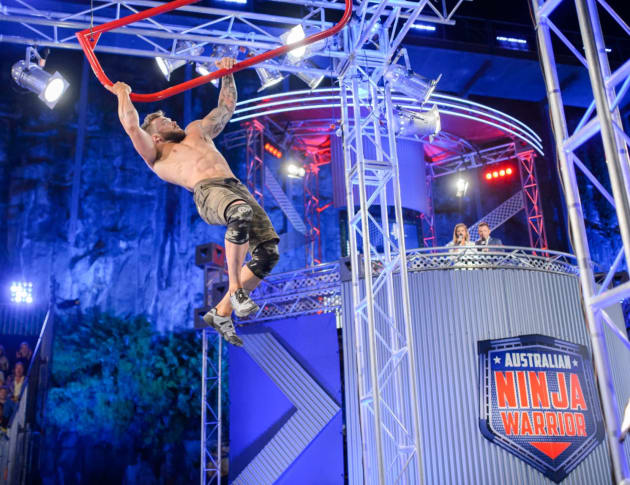 'We're seeking to build a brand'

Australian Ninja Warrior is an expensive show to produce, one of the more expensive per-hour productions on Nine's slate this year. This means the show has to pull in large ratings as well as attract sufficient sponsors to make it profitable.

“Before you mount a show like Ninja that requires you to bring out 60 tonnes of metal from Texas, you've got to be pretty confident that it's going to do okay,” Swift says.

“What we're seeking to do is build a big brand out of it. We want this running for five or six or seven or eight seasons."

With the demise of Ten's The Biggest Loser, Swift points out that Ninja Warrior will become the only prime time fitness reality format in this market.

“It's the big show about the fittest, most agile and driven people in the Australia conquering an obstacle course. We think that's got an incredible capacity for sponsorship,” he adds.

Helping to augment the cost are three sponsors KFC, Advil and multivitamin drink Berocca but it will need strong ratings from the get go to be a success. Pain killer Advil are sponsoring the leader board and Berocca will sponsor the nightly replay of person who get furthest.

“What it does is offer something really different and these brands have embraced that and come on board,” Nine's group content strategy director Lizzie Young tells AdNews.

“It really speaks to that notion of everyday Aussies and their ability to achieve something quite spectacular.”

Nine was only looking for three to four brands to sponsor the inaugural season of Australian Ninja Warrior to avoid clutter across the nine-episode series. The number of integrations on a TV show is often determined by the number of hours it runs for across a season.

Fast food brand KFC, which is a massive backer of Australian sport, was an intriguing choice for a show that is essentially about some of the fittest people in the country.

Young explains that Ninja Warrior appealed to KFC because its is about bringing people together to be entertained.

“Ninja Warrior is the perfect blend of sport, fitness and entertainment,” she says. “This will deliver big family viewing so for KFC it's about being a part of that conversation in the household at the right time.”

For Advil and Berocca, the match is down to positioning their brands against high performance.

All of the sponsors will own elements of the course and leverage content across digital channels. 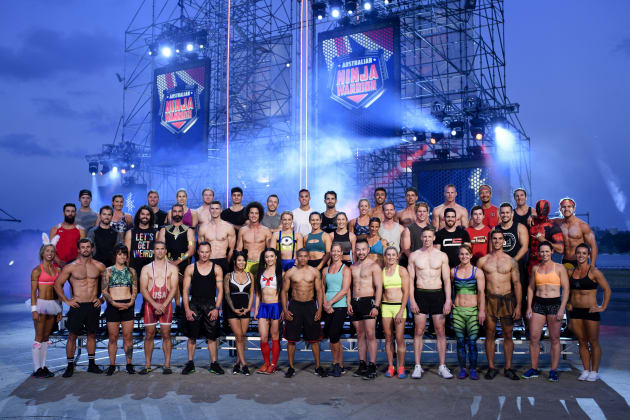 How big is Ninja Warrior abroad?

Nine executives will be quietly confident the show will prove to be a ratings hit. This has certainly been the experience overseas.

Emanating from a “type of Clive James wacky Japanese gameshow” known as Sasuke in the late 90s, the Ninja Warrior franchise has become one of the most successful reality formats in the world. In the US, the show is in its ninth season and currently locked in a Monday night ratings duel with The Bachelorette.

The NBC show won last week with 6 million viewers to The Bachelorette's 5.35 million, and last season the show averaged 6.28 million. It's popularity hasn't waned over the years.

In the UK, Ninja Warrior is in its third season on ITV and regularly posts ratings of 3.7 million to 4 million. This makes it a mid-range entertainment show in a market where soaps rule the roost on free-to-air.

“The thing that surprised us if you look at the US and UK, it's got a very strong female demographic. We were always a little bit dubious about that. It's big strong people conquering this obstacle course,” Swift says.

“When we brought it out here, what we've found is that women are really loving it because it's not just a pure sports contents and it features some of the best abs in the country – it's got pulling power.” 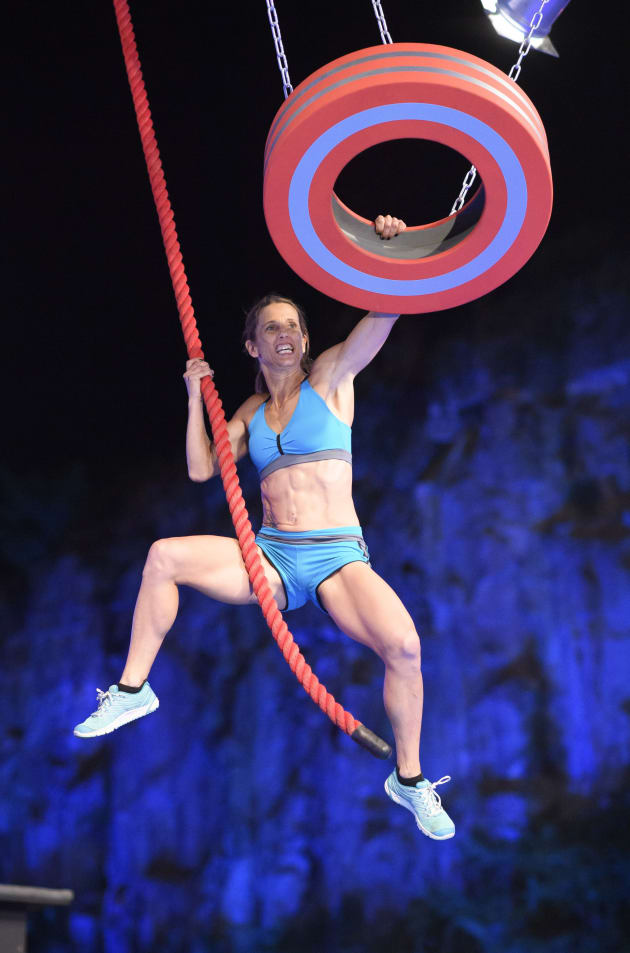 What makes Ninja Warrior intriguing compared to other live sports events is that contestants do not get the opportunity to train on the obstacles before the event.

There are a handful of ninja training schools in Australia, one notable one in WA, that try to mimic certain obstacles, but they're is always an element of the unknown – and the course changes each round.

“It's not always the guys with the bulging muscles or beautiful lats; our women have done particularly well in Australian Ninja Warrior compared to other countries,” Swift points out.

“It's the skinny lean pole guys and girls who do really well on the course. It's fascinating to see how they take on the course, it never works out how you expect it to. The only thing you can be is the best you can be – strong, fast and agile.

The show is hosted by AFL footy show presenter Rebecca Maddern, Nine sports reporter Ben Fordham and cricket legend Freddie Flintoff, who is remarkably funny on air and a coup to have fronting the show.

They will be calling every shot on Ninja Island this Sunday at 7pm. 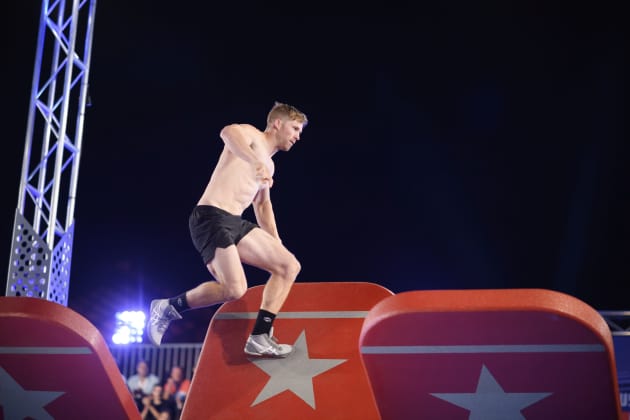