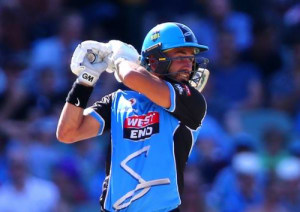 Ten is keen to lock down the Big Bash League and shorter forms of international cricket.

Nine and Ten have tabled a six-year $900 million bid for Cricket Australia media rights to keep the sport on free-to-air television, media reports in The Australian and AFR state.

It is understood the new Nine-Ten bid does not involve pay TV operator Foxtel. The Australian, which is owned by Foxtel’s parent company News Corp, reports that Foxtel wanted to simulcast international cricket.

As recently reported by AdNews, Ten has tipped in for all of the shorter forms of the game, including the Big Bash League that it currently broadcasts and One Day Internationals and T20 internationals that have been carried by Nine.

TV networks declined to comment on the negotiation process, but previous statements indicate Nine has little appetite to pay more for cricket rights and has already secured a summer sport in tennis.

Ten will have increased its stake by virtue of the fact it is adding ODIs and T20s to the BBL. Media rights to the BBL is widely expected to increase in value from the $20 million per annum when Ten last secured it.

AdNews understands that Cricket Australia is also holding firm on retaining digital media rights to cricket, which does not align with Nine’s strategy to controlling all audiovisual rights that it recently secured with Tennis Australia.

The deadline for new bids to Cricket Australia is this Friday.