It’s not been a great week for Cricket Australia, but the real challenge now begins.

After major sponsor Magellan pulled stumps on a naming rights deal and other sponsors dropped players in the wake of the ball tampering scandal, Cricket Australia had little choice but to dish out severe punishments to players and promise to clean up the cultural problems that have blighted the men’s game in recent years.

However, the timing of this incident could not be worse. Cricket Australia issued a non-conforming notice to a joint venture media rights bid by Nine and Ten literally days before Warner, Smith and Bancroft concocted a plan to use sandpaper to change the shape of a cricket ball in Cape Town.

How the scandal impacts broadcasting rights is a potentially bigger blow to Cricket Australia’s ability to grow the game’s coffers.

Experts speaking to AdNews believe that $300 million could be shaved off the widely-reported $1 billion figure Cricket Australia hopes to secure. The scale of that loss would dwarf the $24 million, three-year deal Magellan cut short.

The scandal causes damage to the Cricket Australia brand, but what is harder to quantify is if it will have an impact on TV audiences tuning into a sport that rebuilds its image without two of its biggest stars - in Steve Smith and David Warner.

In truth, $1 billion over five years always seemed a bit fanciful when you consider that one of the world’s most watched sports competitions, the English Premier League, recently suffered sports rights deflation for the first time in decades.

Brand damage aside, another dynamic that could have a huge impact on cricket rights is the wrong un' bowled by Nine last week.

Coming late in the day when concentration levels were flagging and the light was low on cricket talks, Nine struck a major scalp by picking up five years’ worth of tennis rights in a $300 million deal with Tennis Australia.

Nine told AdNews the opportunity presented itself because negotiations with Cricket Australia were taking too long. 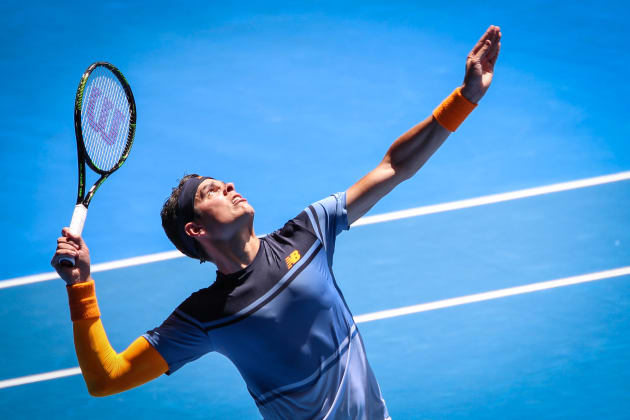 Nine snatching tennis off Seven is huge. Cricket Australia’s major broadcasting partner for decades will have another summer sports asset that pulls huge TV audiences and serves as an ideal promotional platform for the year ahead.

This gives Nine leverage because it can hold firm on price in the knowledge there is life beyond cricket.

Nine is still keen to continue broadcasting the test series while Ten is vying for the shorter forms (ODIs, T20s and BBL) with a Pay TV component added to the mix.

What will be interesting is whether Seven now has any appetite (or the means) to join the party, or whether others, such as an Optus Sport or Telstra, look to play a bigger part.

Either way, Cricket Australia will have its work cut out trying to grow the game’s commercial program to the same levels it had forecast prior to the scandal, whether that’s through sponsorship or TV money.