Newsmaker: TV and the shape of things to come 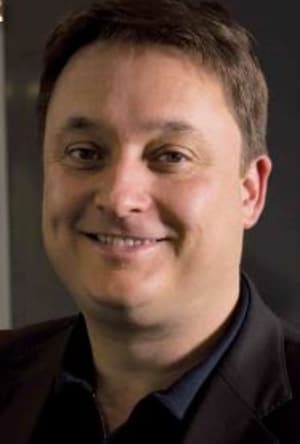 When it comes to the media industry, it is the best of times and it is the worst of times, according to Seven West Media’s chief digital officer, Clive Dickens. There are few mediums for which that statement is truer than TV. The medium that has been the behemoth of the channel mix for decades is now being faced with revolution, and previously devout media buyers claiming that this is the year “the model breaks” for TV, if the latest public statements by GroupM’s Danny Bass are anything to go by.

It’s hard to overlook the gloss coming off the TV market, with Seven West Media earlier this year having to book a $1.1 billion impairment on the value of its business, a move which it said at the time was primarily driven by a subdued advertising environment.

Of that figure, $960.9 million was off the value of Seven West’s TV business, because it’s facing less-than-desirable advertising conditions.

Dickens, who took on the role at Seven West at the start of this year after two years at Southern Cross Austereo (SCA), believes, however, that the media empire he is now a part of is going to grow, rather than slide back, because while people aged between 13 and 24 are watching less TV – according to the latest Nielsen multi-screen report – it’s this demographic that is glued to a different type of screen that can act as a TV in their hands. Mobiles.

“We’ve participated in this incredible industry for decades on the assumption that most of our money is made between 5pm and 10pm, and with mobile entertainment we believe we can grow the consumption of television because people are now never very far from a television,” Dickens tells AdNews.

Dickens has had a finger in virtually every digital pie going and, as with many digital boffins, is beyond looking at TV as a set top box.

Rather, he looks at screen time, and the way the smartphone has changed people’s viewing habits forever.
He says the conversation shouldn’t be about people moving away from television, but about asking the question: “What is television?”

“If you’re solely a broadcaster, that buys stories from somebody else and puts them on a broadcast screen before somebody else does – or you don’t have rights to that content on all screens – it’s the worst of times.
“But if you’re a storytelling company that invests in rights across all screens and understands that you can own the stories, the MKR stories, the Home and Away stories, the Border Security stories of the world, then this is the best of times.
“Screen time is never going to be greater, that’s how you have to view the day,” he says.

When Dickens departed SCA in October to take up the role at Seven West, he didn’t just take on a TV business. He also took on an online player, a magazine business, a newspaper brand – and he was tasked with turning several heritage businesses into digital-first players to be reckoned with.

He says that there are few companies in the G20 that have investments as meaningful as Seven West, and he sees this as a huge opportunity.

“The most important thing I’ve learnt is: there isn’t one digital strategy for Seven West Media,” he says. “The business is somewhat different in all the places it surfaces content. It’s about enabling all of the business and all of the respective CEOs to find a digital pathway through to growth, rather than saying: ‘We’re Seven West and this is what we’re going to do and everyone must do it.’”

While it’s not a one-size-fits-all policy, Dickens says there are several things the whole business needs to be focusing on – mobile video and mobile commerce.

Since the smartphone replaced the mobile phone every media facet has been disrupted and Dickens has set his sights firmly on making Seven West truly a mobile-first business.

“The traditional business of printing a newspaper, printing a magazine or broadcasting to a channel, facilitating a search, opening an e-mail, those have all changed,” he says. “My job is to think about how those things come through on this [mobile] device, after it’s been on transmission – that is the real key thing.

“If you stay focused on how mobile is changing the world, then you can put it down to two things for our company: more mobile video, and what are people doing on their mobiles most? They’re going to increasingly consume more and more video and the other way this device is changing our world is through what we transact on it, what we buy on it,” he says.
“Those markets are growing enormously and we can focus on those to drive shareholder value significantly.”

Dickens believes that the mobile transition will be smooth for Seven West, because such a huge part of its business revolves around filming video.

It isn’t without challenges, though, with Dickens conceding the TV business shoots video differently to how millennials are now consuming content on mobile, ie landscape vs. portrait.

Dickens is not overly perturbed by this, because a lot of Seven West’s people already get TV.

“I would much rather sit with our production colleagues and explain the merit of portrait for ‘mobile humans’ than I would all of a sudden explain to a journalist who has only ever written their story that they now need to video it.

“Inside a business where over 70% of our EBITDA is vision, I feel we are going to be on that highway a lot faster than others who are trying to work out how to get content on a screen like this.”

So while TV as a static medium in the living rooms of our homes may be losing its appeal, with Dickens having his sights set firmly on mobile and its potential for the range of business he now is able to influence, there’s no telling what the shape of future audiences of Seven West Media will look like – be they landscape or portrait.

Clive Dickens recently spoke at the Media Summit, which was held on May 22.