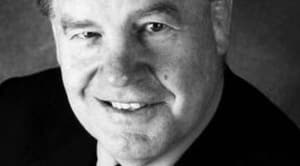 Seven West Media has announced strong results for the first half of the 2011-2012 financial year, with increases in profit and revenue after last year's acquisition.

The results follow the acquisition of Seven Media Group by West Australian Newspapers Holdings' in April 2011.

Among the group, West Australian Newspapers posted revenue of $185.6 million, down 1.6% on the corresponding half. Pacific Magazines delivered a revenue of $150 million, and a 7% decrease in costs to $127.7 million. Yahoo!7's revenue was up 40% and its EBITDA grew 18%.

“Our media businesses are market-leading and our objective over the coming twelve months is to build on this leadership,” David Leckie, CEO and managing director of Seven West Media, said in a statement.

“The advertising market continues to pose challenges but we are building revenue share, driving home our market leadership and maintaining vigilance on cost management. We are confident and we are well-placed for the coming twelve months.”