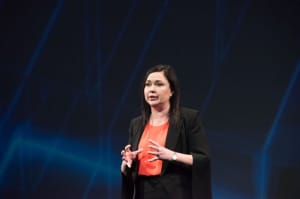 Harley joins News DNA as the editor of the new website set to launch alongside the content platform, which will be unveiled in the first quarter of 2017.

Pacific Magazines has confirmed Harley will continue her role till the end of December. She has worked as the editor of Women's Health for nine years, also holding roles at Bauer's Cosmopolitan and Cleo in her 18-year career.

News Life Media executive editor of the women’s network Melissa Overman says the digital women’s brand launches after extensive research found there is a huge opportunity for a new title in the Australian market.

“Having someone of Harley's calibre lead our new website is incredibly exciting. She has an innate understanding of what Australian women engage with and as we build the team her insights and guidance will be invaluable to delivering the best offering for today’s consumer," she says.

Digital women's media is a competitive slot, with pureplays like Mamamia dominating the space, alongside traditional titles such as Famous and Dolly who have refocused resources to serve digital demand. In the recent AMAA audit results women's magazines took the hardest fall, with Cosmopolitan down more than 40% year-on-year. With women's magazines flailing, the move to digital in this category could be beneficial for News Corp if they can combat the competition.

Nicole Sheffield, who was recently named as the MD of News DNA says: “Under Harley’s leadership, this new digital brand will develop in to an incredibly successful platform that will engage Australian women. We’ve done extensive research for the new site and we’re very confident we are building an Australian brand women will want to be part of.”

News DNA launched last month offering the market a single point of contact for the publisher’s commercial partners to connect with audience groups.