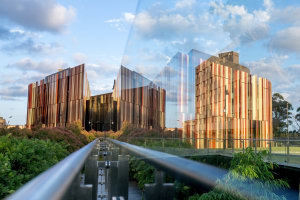 Dentsu Aegis-owned agency Vizeum is now Macquarie University’s agency of record. AdNews understands that Havas was the incumbent and there was no pitch. Vizeum describes itself as the university's new “marketing communications agency” and will be providing all media strategy, planning and buying. Macquarie University CMO, Elizabeth Horbach, says the Vizeum team impressed with its “strategic thinking, holistic view of the consumer journey and passion”. MD of Vizeum Sydney, Stephen Deane, says: “We’re delighted to partner with Macquarie University as they seek to strengthen their brand in an exciting and evolving category. We look forward to working with the team and agency partners to connect the bold brand strategy, creative and customer experience for greater impact.”

Influencer platform Tribe has bolsted its sales team, hiring Nick Randall as its chief revenue officer and former HuffPost commercial director Sammy Lewis as sales director. Randall was most recently the commercial director of Whooska, also holding roles at Fairfax Radio Network and SCA. Lewis was previously commercial director at HuffPost late last year before mass redundancies when the joint venture with the US owners and Fairfax Media was axed. Before that she was a sales manager for REA Group.

Hot off the heels of snapping up The Simpsons from Ten, Seven has also snared Ten's ratings hit, Modern Family. Last month Seven acquired free-to-air rights to The Simpsons TV show in a deal with 21st Century Fox. The network also bought the rights to US show M*A*S*H. At the time, Seven director of network programmatic Angus Ross says the network was "cherry-picking" iconic shows from the 21st Century Fox library that are "proven and consistent free-to-air performers". “We’re delighted to have secured Modern Family as part of a selection of iconic and proven Fox shows, and will be launching it after the Commonwealth Games,” Ross tells AdNews.

Southern Cross Austereo's Triple M network has renewed its agreement with the National Rugby League (NRL) to secure broadcast rights for the next five years. The network says after 11 years of Triple M footy, Rugby League has become a part of Triple M’s DNA, just as much as rock music. In 2018, Triple M footy will bring Australia’s most complete NRL coverage, Thursday through to Sunday, from Townsville to Wagga and Dubbo to Cairns, making it the largest commercial radio broadcaster of the NRL in Australia. A dedicated NRL team aims to bring footy fans the latest coverage on-air, online at triplem.com.au and via the Triple M footy app.