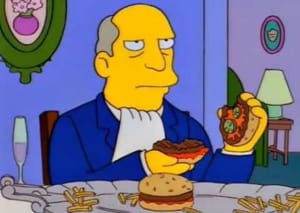 Woolworths could have just won social media with a Facebook video that features two comedians steaming a ham in a Simpson-inspired skit.

In the tongue-in-cheek video, Sydney comedian Michael Hing stuffs a leg of ham into a food steamer. He and fellow comic Will Erimya then create burgers with ingredients including 64 slices of American cheese and "catsup".

You might be questioning what is happening here... Earlier this year, thousands of requests flooded Woolworths’ Facebook page asking to purchase steamed hams. 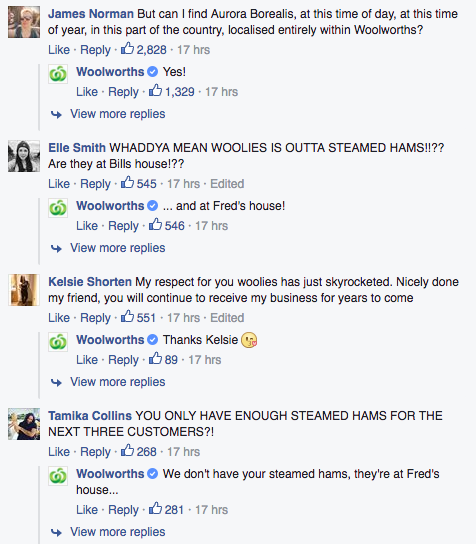 ‘Steamed hams’ is a term used in a Simpson’s episode where Principal Skinner tries to convince Superintendent Chalmers that hamburgers are called ‘steamed hams’ in upstate New York.

According to sources close to AdNews, the Simpsons/ham craze started in a Simpsons Facebook group. Woolworths caught onto the trolling and ingeniously posted this response:

The video has captured the attention of American viewers, including The Simpsons writer Bill Oakley:

Simpsons' fans have been losing their mind at the stunt: