Seven snares rights to The Simpsons 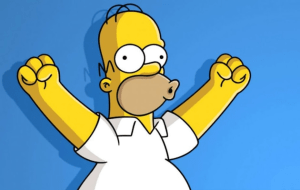 Seven has acquired free-to-air rights to The Simpsons TV show in a deal with 21st Century Fox. The network has also bought the rights to US show M*A*S*H.

The Simpsons ran on Channel Ten for 25 years but following its acquisition by CBS, it was axed from its programming slate after negotiations with Fox fell through in October last year.

Seven director of network programmatic Angus Ross says the network "cherry-picked" the iconic shows from the 21st Century Fox library as they are "proven and consistent free-to-air performers".

The Sydney Morning Herald is reporting the deal is worth $40m, but sources say that figure is massively over the mark.

Reports are circulating that Seven is upping its spend on US deals, however, AdNews understands the network is spending 20% less on US content year-on-year.

“Seven has no appetite for output agreements and prefers to look for programming gaps in the marketplace and the smart acquisitions to fill them," Ross says.

It is believed Ten previously paid about $90 million for its multi-year contract with Fox, run by Rupert Murdoch and former Ten executive chairman Lachlan Murdoch, though it was aiming to reduce this outlay to $45 million.

There is speculation that Seven may pick up Modern Family, which was also previously under a Ten contract.

Seven says it has only secured The Simpsons and M*A*S*H at this stage.

Seven declined to comment on the length of the deals.