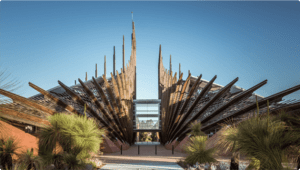 Perth University Edith Cowan University has reappointed 303MullenLowe as its creative agency and added Rare to its roster, following a competitive pitch. The appointment follows ECU’s standard procurement process to retain a preferred supplier for up to 6 years. ECU first appointed 303MullenLowe in 2001. Rare will now work on "specific campaigns" as required, replacing Longtail, which was appointed in 2012 alongside 303 MullenLowe. 303MullenLowe and Rare will commence as preferred suppliers in January 2018.

The Australian Multicultural Marketing Awards are open for nominations until 9 October. The awards, now in their 28th year, recognise excellence in multicultural marketing and communication. The national award program is run by the NSW Government. Previous winners include Telstra, Cricket Australia, Western Sydney University and community organisations. “The AMMAs honour outstanding marketing and communications professionals who communicate cultural diversity through innovative and creative marketing campaigns,” says Minister for Multiculturalism Ray Williams. “With more than 20% of Australians speaking a language other than English at home, diversity is one of our state’s major assets. I encourage visionary marketing and communications professionals, who engage directly with their audience through language, cross-cultural awareness and creative advertising to apply.” Finalists and winners will be awarded at a gala ceremony at the Sydney Opera House.

AdNews Live! – the new series of events from the AdNews stable – is continuing full steam ahead with the launch of ‘Reframing Australia’ – a half-day Sydney event designed to ‘mythbust’ Australian audiences and demographic breakdowns. See here for more.