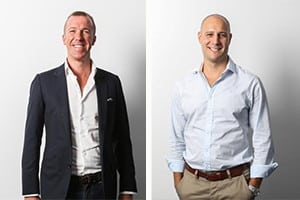 After more than four years as MD at media agency Vizeum, Nick Behr has left the Dentsu-owned business.

Behr, who moved from ZenithOptimedia in London to a MediaCom spot in Sydney back in 2004, launched Vizeum in the Australian market in 2012 after the acquisition of the Mitchells Communication Group by Aegis Media.

He helped grow the business to nearly 50 staff, but when Vizeum's GM Travis Day was bumped up to 'national' MD of Vizeum, many wondered how this new double MD structure would play out – and if indeed Behr would be squeezed out.

At the time Day was promoted, in October last year, Dentsu said despite the new responsibilities, Behr would be continuing as the founding MD of Vizeum in Sydney.

Dentsu Aegis Network confirmed to AdNews that Behr has left Vizeum Sydney to pursue other opportunities and it wished him well. The business also confirmed AdNews' query regarding Angus Frazer, who was Dentsu Mitchell GM. He has also left after resigning in February. Frazer is co-founder of Sonder Communications.

Speaking to AdNews, Behr said: "I'd like to thank the Vizeum team for what we have achieved over the last four years; from launch to becoming one of the most progressive agency's in Australia is a great achievement. I am proud to have to leave the agency in such great shape."

Also in February AdNews broke the news that after nearly a decade at Dentsu Aegis Network Australia, CEO Luke Littlefield had left the business. His sudden exit saw Simon Ryan, former CEO of Carat, step up and replace him.

Since Ryan, who is renowned in the industry for being “aggressively ambitions”, moved to the top spot, there has been a batch of redundancies, largely hailing from the Mitchells era.

Just today Dentsu announced that its global lifestyle marketing arm MKTG is to get an official foothold in the Australian market after local network agencies, ApolloNation and Team Epic, have come together to service the one MKTG umbrella brand. Read more on the news here.