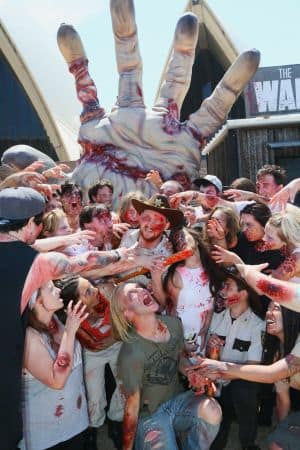 Vizeum today announces two promotions, with Travis Day appointed to the role of national managing director and David Campbell to the role of Melbourne general manager.

Both Day and Campbell were founding members of Vizeum in Australia and, after an extensive review of both internal and external candidates, their promotions are "testament to the quality of talent fostered within the business", a Vizeum spokesperson said.

Despite these new responsibilities, Nick Behr will be continuing as the founding MD of Vizeum in Sydney.

As Optus continues to search for media and creative agencies, the telco has named Thrive as its new PR agency of record. Thrive will support Optus’ consumer and small and medium business functions. As part of the tender process, Optus’ incumbent agency, Fuel Communications, will finish up work at the end of the month.

As part of the 2015 Graphic Festival, Fox's flagship entertainment channel FX and Foxtel, launched its socially driven #TWDonFX campaign, celebrating the launch of the sixth season of the global phenomenon, The Walking Dead.
Designed to identify fans and engage curious Sydneysiders of the series launch by creating unmatched fan experiences, the campaign kicked off with the reveal of a giant zombie hand.

The 4 m high x 2.9 m wide ‘walker’ hand protruded eerily from the Opera House's iconic steps, its rotting fingers enticing more than 5,000 fans over the weekend to join in on the Season 6 countdown which premiered Monday 12 October at 1.30pm, express from the US on FX.

Hyundai, CarsGuide.com.au, Sportsbet and TAC have signed on as broadcast partners for the Hyundai A-League.

“We are excited to have Hyundai, CarsGuide and TAC return for another season and welcome Sportsbet on board for this year.”

Creating awareness of the difficulties faced by returning Australian soldiers was the focus of the campaign that took out oOh!’s Million Dollar Pitch.

Created by advertising agency BCM and charity, Walking Wounded, the winning pitch aimed to bring attention and funds for the charity, which was founded to support the recovery and rehabilitation of soldiers coming home.

BCM was one of five finalists pitching to a panel of judges that included Leo Roberts from Coca-Cola Pacific, Derek Green from Ogilvy and Nicole Milward from Razor/Joy.