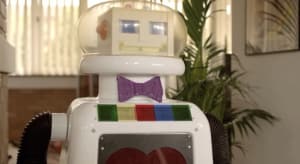 REA and Domain's ad 'spat' wraps up in court

The on-going ad “spat” between News Corp's and Fairfax's real-estate divisions, REA and Domain, wrapped up in Federal Court yesterday. News' REA suing Fairfax over claims that Domain is the biggest real-estate website and app, with The Australian reporting that the court was told how Fairfax lied about the size of is audience, however Fairfax also believes REA lied so threatened to counter sue.

Tonagh to take Ten board seat

Also in The Australian, new Foxtel chief executive and former News Corp boss, Peter Tonagh, has stepped down from his role on the REA group board, in favour for a seat at Channel Ten. The News Corp-owned title is reporting that Tonagh is set to be named a Ten Network Holdings director.

Nine reveals Brisbane sales director
Nine Entertainment Co has named Rebecca Lawrie as Brisbane sales director, succeeding Richard Hunwick, who was recently promoted to director of sales television. Lawrie will be based in Brisbane, leading both the television and digital sales teams in Queensland. Lawrie was previously at Nine for eight years, and most recently has been at Daily Mail Australia and Bauer Media.