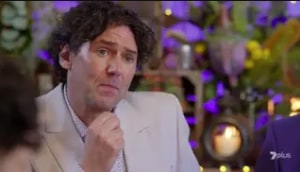 My Kitchen Rules’ (MKR) judge Colin Fassnidge has criticised his own network for its handling of the cooking show, which has been struggling in ratings since launch.

Fassnidge, speaking on Nine’s 2GB, criticised Seven for launching the show, now in its 11th season, during Nine’s Australian Open and Married at First Sight (MAFS).

“This year was the best one we’ve done but not everyone is watching it at the moment, because we have some people in Channel 7 who don’t know how to program a show,” Fassnidge told 2GB host Chris Smith.

“A lot of work went into this and then some stupid decisions were made to go up against the tennis and Married, we should have started a week early. The show is actually a great show and I think Sunday nights probably the funniest episode out of all the episodes we’ve done.

“The flack we’re getting at the moment is not really warranted. I think it’s totally different to all the other MKRs that we’ve done.”

Following MKR’s low ratings last year, Seven decided not to go ahead with its second season for the year. Instead the network said it will bring it back this year under the refreshed format The Rivals.

The previous grand finale of the show lost close to 600,000 overnight viewers compared to the year prior. However, despite the low ratings, Seven’s director of programming Angus Ross has doubled down on the show.

“For over a decade, My Kitchen Rules has been serving up great entertainment programming, and this year we have refreshed it with MKR: The Rivals,” Ross says.

“As with any big change to an established format, it takes time for people to adapt. We have a lot to look forward to throughout Q1, with Rebel Wilson’s Pooch Perfect and several prime time special events all coming soon.

“We remain on track to deliver our refreshed and exciting prime time programming line up across all of 2020, including programs such as Big Brother, Farmer Wants a Wife, Plate of Origin and Holey Moley.”