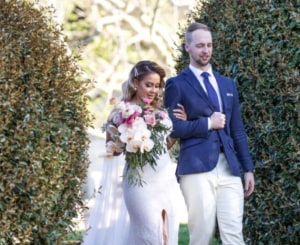 The premiere of Nine’s Married at First Sight (MAFS) dominated the TV ratings last night, while 10 and Seven fell behind.

It’s the highest launch episode for the series, which has been consistently building on its audience since launching in 2016 with just over 760,000 metro viewers.

“We are delighted that audiences have embraced the new season of MAFS,” says Hamish Turner, Nine’s program director.

“The numbers across both linear and digital have delivered above expectation particularly in the key demos we focus on; 25-54s, 16-39s and grocery shopper+child.”

10 also launched its new season of Australian Survivor: All Stars in the same 7.30pm timeslot as MAFS. The show attracted 624,000 metro viewers.

Although the audience is down from previous season debuts, which previously aired later in the year, 10’s chief content officer Beverley McGarvey says it’s “pleased” with the results.

“On a very competitive night, it performed well in our key target market of under 50s and generated excellent year-on-year growth in its timeslot,” she says.

“The new season is fantastic and we can’t wait for viewers to see how it unfolds.”

Meanwhile, the debut of Seven’s My Kitchen Rules: The Rivals attracted 517,000 metro viewers.

The show was refreshed this year with the new “rivals” format, after declining audience numbers last year. However, it wasn’t enough to lift ratings, with Seven coming in last in the 7.30pm timeslot between the commercial networks.